Be careful what you wish for. Last month we hoped for a “Santa Claus” rally in the markets (defined as a rally beginning the day after Christmas and extends through the end of the year). Well, the Dow soared more than 1,000 points on December 26th, the largest 1 day increase in history. But this little post-Christmas gift was not enough to undo an ugly December and a brutal year in general for the markets.

The markets’ poor performance is nothing compared to the volatility witnessed during the year: the S&P 500 swung more than 1% in either direction 64 times, and the Dow swung more than 1,000 points five times – significant considering this has only occurred a total of eight times in history. And December provided a particularly wild sleigh ride, ranging from the 1,086 point gain to a -799 point loss (see chart). At its low price on December 24th, the S&P 500 was down more than 20% from its record high, briefly meeting the definition of a bear market.

For the month of December, all of the 11 S&P sectors finished in the red. The “best” performing sectors were Utilities (-4.3%), Materials (-7.2%), and Communication Services (-7.4%). The worst performers were Energy (-12.8%), Financials (-11.4%), and Industrials (-10.8%). For the year, the best-performing sectors were Health Care (4.7%), Utilities (.5%), and Consumer Discretionary (-.5%). The worst-performing sectors were Energy (-20.5%), and Materials and Communication Services (both -16.4%). The gap between Health Care and Energy was more than 25 points, well below the 41 point long-term average gap between top and bottom sectors, which has historically been a bullish signal in the stock market.

Oil continued to freefall, ending the year 40% below the four-year high reached in October. West Texas Intermediate Crude settled at $45.41 a barrel, falling from $50.93 the previous month.  Oil market participants will carefully monitor the effects of OPEC’s 1.2 million barrels a day production cut that begins in the new year. Analysts are concerned that the slump in crude demand may reflect a global economic slowdown.

The yield on the 10-year closed at 2.684%, retracing the years earlier rise. During the year, fears concerning wage inflation and fiscal stimulus were replaced by China-US trade concerns and a selloff in riskier assets, leading to a late-year rally in government paper. Recent market developments appear to have prompted a slowdown, if not complete postponement on Fed rate increases in 2019.

Economic indicators were mixed last month. The Chicago PMI fell to 65.4 in December, down 100 points from November’s 66.4. Despite the fall, any reading above 50 indicates improving conditions. The Consumer Sentiment Index rose during the month, ending at 98.3, above the November reading of 97.5. This index remains near historically high levels, indicating consumers still feel confident about income and job prospects, despite the stock market performance. The unemployment rate remained at 3.7%, a 49-year low. The Consumer Price Index for All Urban Consumers (CPI-U) was unchanged in November on a seasonally adjusted basis. Over the last 12 months, the all-items index rose 2.2 percent.

2018 was a wild year in the markets, as the gains created by the corporate tax cuts at the beginning of the year gave way to the interest rate hikes and saber-rattling of potential trade wars. The volatility is unlikely to subside in 2019, as the government shut-down just adds one more worry for the markets.  We believe that the economy is still healthy and the equity markets will provide long-term growth, but investors should carefully evaluate their risk tolerance when making investment decisions.

The information in this Market Commentary is for general informational and educational purposes only. Unless otherwise stated, all information and opinion contained in these materials were produced by Foundations Investment Advisers, LLC (“FIA”) and other publicly available sources believed to be accurate and reliable.  No representations are made by FIA or its affiliates as to the informational accuracy or completeness.  All information or ideas provided should be discussed in detail with an advisor, accountant or legal counsel prior to implementation. No party, including but not limited to, FIA and its affiliates, assumes liability for any loss or damage resulting from errors or omissions or reliance on or use of this material.

The views and opinions expressed are those of the authors do not necessarily reflect the official policy or position of FIA or its affiliates.  Information presented is believed to be current, but may change at any time and without notice.  It should not be viewed as personalized investment advice. All expressions of opinion reflect the judgment of the authors on the date of publication and may change in response to market conditions. Due to rapidly changing market conditions and the complexity of investment decisions, supplemental information and other sources may be required to make informed investment decisions based on your individual investment objectives and suitability specifications. You should consult with a professional advisor before implementing any strategies discussed. Content should not be viewed as an offer to buy or sell any of the securities mentioned or as legal or tax advice. You should always consult an attorney or tax professional regarding your specific legal or tax situation. Investment advisory services are offered through Foundations Investment Advisors, LLC, an SEC registered investment adviser.

For more information about any of our products and services, schedule a meeting today. 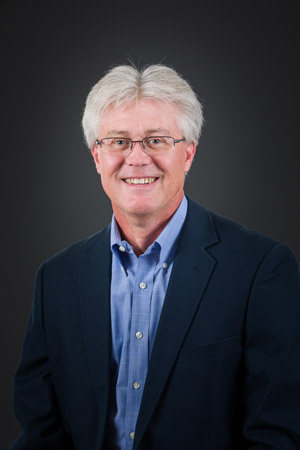 James was raised in the financial services arena and literally “grew up” in the business while living in Central Texas and Oklahoma watching his father build a multi-state agency that was comprised of over 2000 agents across 7 states. He grew up with Truth, Honesty, and Integrity not being just some words on an English exam but rather the real-life words, deeds, and actions to live and succeed while helping families plan for their financial future.
Specializing in creating and then distributing wealth during retirement, over the years he has also added the protection of assets before, during, and after retirement to help clients pass wealth on to heirs without undue stress and frustration.

Education is key to any successful venture and James has always excelled at adult education helping people learn and understand the complexities of planning for the future whether they are just getting started in life or getting ready to retire. He has created multiple curriculums to help people better understand what they need and what is available. Taking the time to learn about a new client and what they are trying to accomplish is always the first step to helping plan for the future. He started the agency, Strategic Partners Unlimited, LLC. with the help and guidance of his father, brother, and nephew. The goal was to help more clients with fewer restrictions and less oversight and to be able to offer more options to their clients that many agencies are simply incapable of offering.

James met his wife of 35 years while attending Mary Hardin Baylor in Belton, Texas, and has resided in and around Central Texas while raising his 2 sons. He currently resides with his wife on the family’s ranch outside Killeen Texas. He enjoys many outdoor activities, traveling, and spending time with his family.

Dalila moved to Texas in January 2020.  Dalila joined our team this past tax season and helped Gerry complete 50% more tax returns than the previous year.  Dalila Graduated from Indiana University South Bend in 2016 with a Business Degree.  In the 5 years since her graduation Dalila has honed her skills and brings to our team her professional attitude and remarkable administrative knowledge.

Nathan Sheppard has over 15 years of tax and financial accounting experience. He specializes in financial reporting, analysis, and accounting software implementation. For the past six years, Terry and Nathan have partnered to operate the firm, Hutchens & Sheppard, LLP. Nathan and Terry function as defacto CFOs for small businesses, individuals and families.

They guide all clients in the financial decisions that impact their state, federal and sales taxes, along with ongoing expenses and revenue generation. Their approach establishes the client’s financial net worth at first meeting and then creates a plan to sustain and enhance the client’s financial status. Terry says Hutchens & Sheppard, LLP is, “the foundation that controls the risk and reward factors for their clients”.

Terry Hutchens is a CPA and native Austinite. He spent his first 10 years with two Big Four accounting firms in Houston, Texas. Terry then returned to Austin and has practiced accounting and financial consulting for the past 20 years in Central Texas. For the past six years, Terry and Nathan have partnered to operate the firm, Hutchens & Sheppard, LLP. Nathan and Terry function as defacto CFOs for small businesses, individuals and families.

They guide all clients in the financial decisions that impact their state, federal and sales taxes, along with ongoing expenses and revenue generation. Their approach establishes the client’s financial net worth at first meeting and then creates a plan to sustain and enhance the client’s financial status. Terry says Hutchens & Sheppard, LLP is, “the foundation that controls the risk and reward factors for their clients”.

Parker is attending college and is interning at Senior Tax Advisors so that he can learn the business from his Father and brother.  Parker’s primary goal is to become the Property and Casualty Specialist within the next 6 months.

Lisa Capriotti graduated from Gettysburg College in 2002 and went on to earn a Ph.D. in Chemistry from the University of Delaware. After that, Lisa completed a prestigious post-doctoral fellowship at John Hopkins University in biomedical engineering.

She then served six years in the US Navy where she became a lieutenant. Currently, Dr. Capriotti teaches chemistry part time at The Citidel: The Military College of South Carolina. She also works as an insurance specialist for Senior Tax and Insurance Advisors. Lisa has earned both her Series 7 and her Series 66 licenses and is qualified as a fully-licensed investment advisor.

Jimye is our company’s Financial Records Administrator. She recently retired after successfully completing 24 years of teaching (in Leander ISD and Albuquerque Public Schools). Prior to her teaching career, Jimye was employed as a Tax Auditor for the Internal Revenue Service.

Her formal education credentials include a MA in Educational Administration and a BS in Elementary Education (both earned at The University of New Mexico).

Christy joined the Senior Tax and Insurance Advisors team in January 2018 to return to what she loves most: one-on-one contact with clients. She is responsible for monitoring and tracking all the processes in our office ranging from initial client contact, managing contract submittals, and helping our clients with whatever is needed to ensure their retirement transactions are processed efficiently and effectively.

Gregory first began working in the financial services industry in 1982. He has been with Senior Tax and Insurance Advisors, PLLC since 2005. Gregory spends most of his days meeting with clients and helping them to understand (based on their individual wants and needs) at what age they should request receipt of Social Security benefits so as to maximize their Social Security retirement income.

Gregory’s mission is to make certain all of the clients with whom he meets continue to receive the personalized financial services and support they are seeking from STA.

Lou earned a B.S. degree in Business Administration from George Washington University in 1989. He studied law at the University of Denver earning a Juris Doctor degree in 1993 and a Masters of Laws (LLM) in Taxation in 1994. Mr. Shaff is originally from Roseland, New Jersey, however, he has resided in Plano, Texas for the past 25 years with his wife Jennifer and two sons.

Gregory first began working in the financial services industry in 1982. He has been with Senior Tax and Insurance Advisors, PLLC since 2005. Gregory spends most of his days meeting with clients and helping them to understand (based on their individual wants and needs) at what age they should request receipt of Social Security benefits so as to maximize their Social Security retirement income.

Gregory’s mission is to make certain all of the clients with whom he meets continue to receive the personalized financial services and support they are seeking from STA.